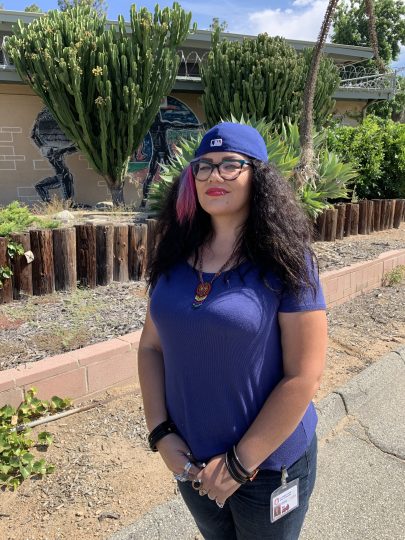 Elia Aguiñiga knows what it’s like to grow up in a working-class neighborhood with under-resourced schools and where opportunities seem sparse. As she thinks back, Elia remembers times when poor decisions could have derailed her life. One of those times was an arrest when she was 17. “It was just dumb,” she said, shaking her head.

Now, more than 10 years later, Elia uses her experiences to connect with her students as an instructional aide in El Monte where she grew up, and as a servant leader intern for the Children’s Defense Fund Freedom Schools® program. CDF Freedom Schools is a six-week summer literary and cultural enrichment program offered in several states across the country.

Children’s Defense Fund partners with schools, faith and community-based organizations, municipalities, colleges and universities to run the program in the communities that need them the most. In California, in addition to having sites at schools, churches, colleges and community centers, CDF-CA works with Los Angeles County Office of Education to host CDF Freedom Schools sites at juvenile detention camps where minors ranging in age from 8 to 18 await adjudication and disposition of legal matters.

For four summers, Elia has worked at Camp Afflerbaugh. “I see a lot of me in them,” she says of the young men in custody. “I know where they are from. I know what they have been through.”

It can be challenges working in an environment where survival sometimes depends on how “hard” you are perceived, Elia said. And sitting in a circle reading aloud, and even worse, chanting and singing motivational tunes do not do much for the persona. But while some never get into the program, many actually do actively participate. “It seems like they don’t care but I can see them singing low key,” she said, laughing.

Elia said she is grateful to be a part of the CDF Freedom Schools program. It allows her to support and encourage young people who really need it, so they know that they too can turn their lives around. “I get to be that person that I didn’t have in school,” she said.