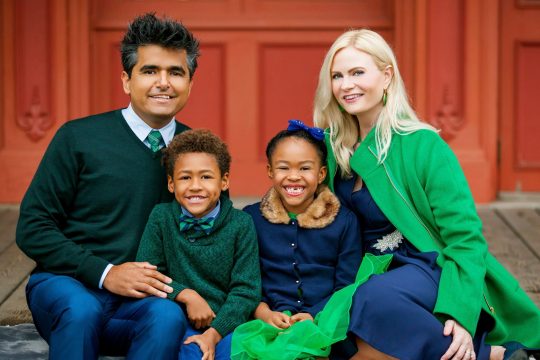 When Brooklyn Mataka was adopted at 3½ years old, she had a limited vocabulary. Her adoptive mother, Jessie Ryan, said it was evident that she had not had much exposure to books or verbal stimulation.

Jessie immediately started reading and talking to Brooklyn regularly. And by the time she hit kindergarten age, Brooklyn was using appropriate words to communicate. However, she was still lagging behind in her literacy development, so much so that it was affecting her self-esteem.

“She didn’t even have the confidence to try to read or write,” Jessie said. That is when she learned about the Children’s Defense Fund Freedom Schools® program. She fell in love with everything the program had to offer.

“I noticed a difference in Brooklyn almost immediately after starting the CDF Freedom Schools program,” her mother said. “By the end of the first week, she was walking with a bounce in her step, more confident, jumping out of bed in the morning excited to go learn.” After a couple weeks, Jessie saw her daughter transform. And by the end of the summer, Brooklyn had a little journal and was trying to write sentences.

“And even if they weren’t correct, she was trying and sounding out words which is a basic pillar to literacy,” Jessie said. “Honestly, it was a bit emotional watching her grow so quickly.”

Jessie and her husband, Arsenio, feel the academic improvements their daughter made in such a short period were nothing short of phenomenal. But more importantly, Jessie said, the program exposed Brooklyn to books with characters that look like her, which is extremely important in their household. Brooklyn is Jamaican and Puerto Rican; Jessie is White and her husband is Latino. Brooklyn also has a younger brother, Tristan, who is African American.

“In the book Imani’s Moon, Brooklyn was able to see an African girl who looked like her, who had a big dream and worked hard to reach her goals. It was an incredible message that she really internalized. It is this type of exposure that really helps develop a love of literacy,” Jessie added.